An opinion on stuffing is akin to having an opinion on how you like your eggs prepared. Everyone should know what they prefer. For example, I am a crispy, savory, all-the-bacon-or-sausage-please stuffing fan and I like my eggs soft scrambled or over medium, por favor. I was fashionably late to the stuffing world and only recently have been developing my own recipe – unfortunately that meant making and eating pans upon pans of stuffing to the point where it will take several Thanksgivings for me to want it again. I’m pretty sure Patrick feels the same way but he’s too nice to say anything of the sort. 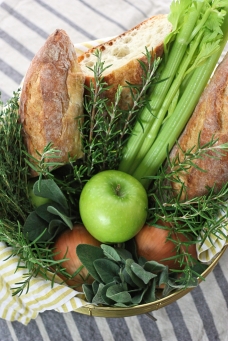 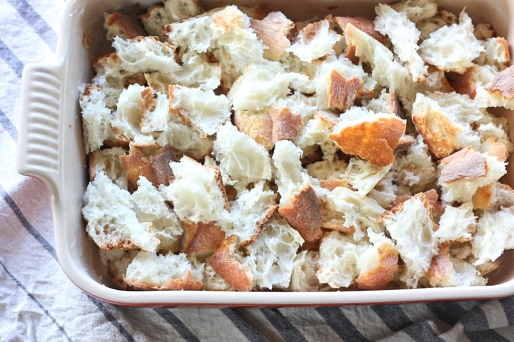 So here is my take on stuffing- large chunks of crispy edged bread, easy on the sage (too much sage is overwhelming in my opinion), heavy on the rosemary, and the added twist of spiced pecans and optional sausage, vegetarian or otherwise. It’s delicious and sure to become a favorite to the point that your family will ask for it again and again. It is easily modifiable, and if you want a little more of this or a little more of that, go right ahead. Like I said, it’s like figuring out how you prefer your eggs. 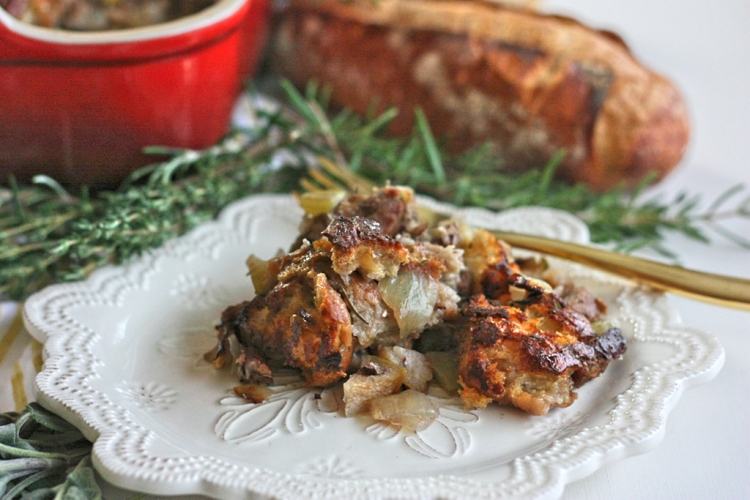 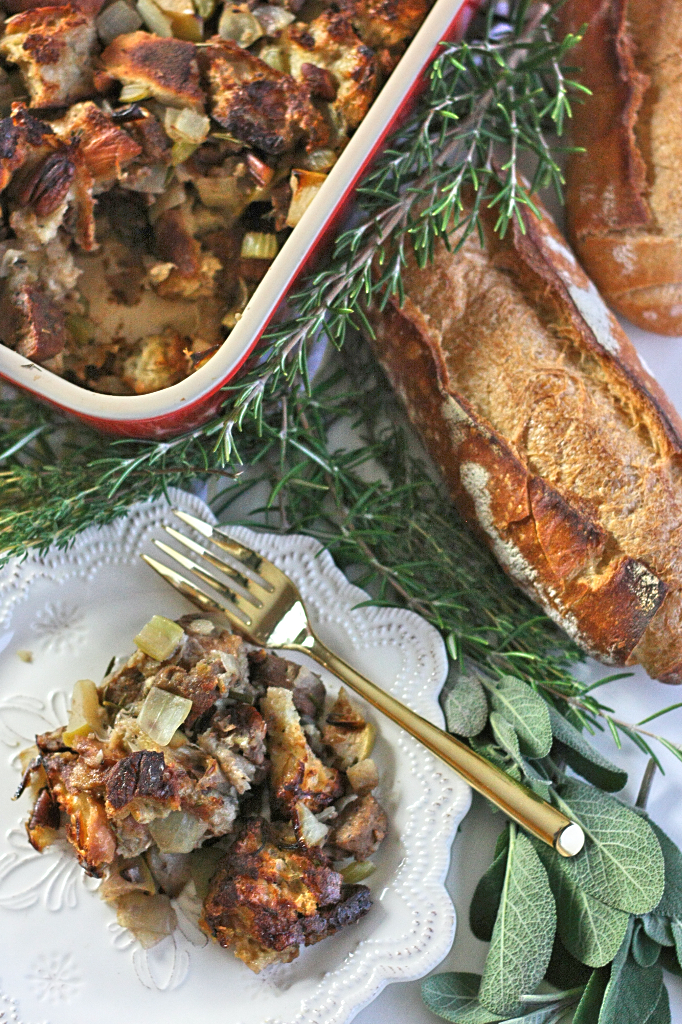 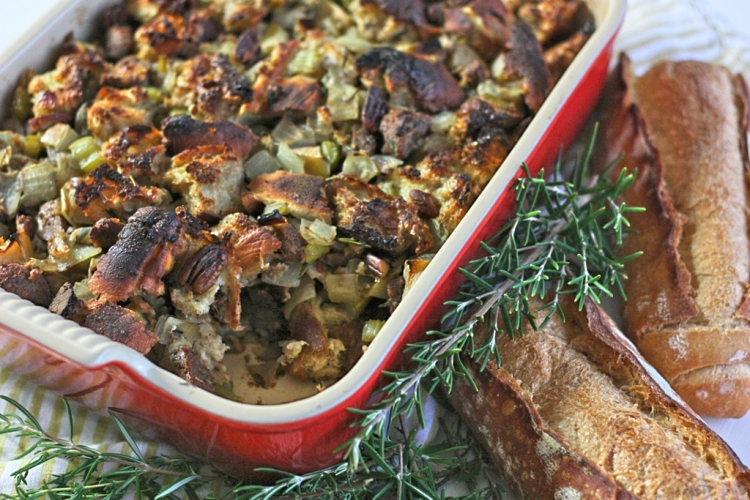 *Vegetarian suggestion (this is not a paid affiliation with Whole Foods, though I do like this product)